Look, I don’t believe things happen for a predetermined cosmic reason. What’s the point in trying and living in this moment if it’s all already planned? But I do believe in book fate – I know it sounds strange, but let me explain.

I used to have a to-read list; but its length was getting more and more intimating, until it dawned on me that even if I ran away from all of my commitments and started living in a cave and drinking my own piss, there’s no way known I’d be done with that list in no less than thirty years.

So now I just let whatever I’m going to read next find me instead, and scarily what I’m reading tends to find me at exactly the right time and when I’m able to take the most out of it.

There are certain quotes and snippets of narrative, that I still love partly because of the solace they were able to give me at a certain point in my life when I first read them.

I needed to read Stephen Fry’s first two autobiographies – Moab is my Washpot and The Fry Chronicles, as an anxiety-ridden eighteen year old. This one line in particular made me feel like I wasn’t alone,

There’s the Fig Tree Analogy from Sylvia Plath’s The Bell Jar, which at the time I remember thinking, it perfectly summed up that underlying fear of inadequacy when you’re surrounded by endless choice.

“I saw myself sitting in the crotch of this fig tree, starving to death, just because I couldn’t make up my mind which of the figs I would choose. I wanted each and every one of them, but choosing one meant losing the rest, and, as I sat there, unable to decide, the figs began to wrinkle and go black, and one by one they plopped to the ground at my feet.”

I just love letting some scungy looking second-hand book walk into my life and suddenly it’s changed me a little, for the better. It also gets bonus points if it has one of those old library stamp cards taped on the inside. 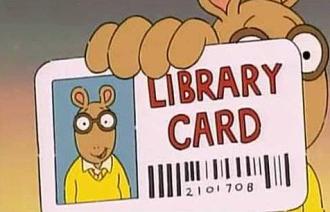 Originally I started writing a piece on T.S Eliot, but then after finding out a little fun-fact* – that Bertrand Russell got kinky with Eliot’s first wife Vivienne – I got distracted and read a whole heap of Russell’s essays and political commentary (*its not exactly a fun-fact for Eliot, but T.S)

Bertrand Russell (1873 – 1970) was a revered British academic, analytic philosopher, and mathematician, who was particularly well known for his stance on pacifism and later for nuclear disarmament. He was also granted the Nobel Prize in Literature in 1950.

During WWI, Russell was fired from his lecturing position at Trinity Cambridge due to his outspoken views on pacifism and conscription. Later in 1918 – the final year of the war, he spent six months in prison for an article, because he had pointed this out:

“unless peace comes soon there will be starvation throughout Europe….men will fight each other for possession of the bare necessities of life”

Although Russell’s views on pacifism dramatically shifted during WWII; the hydrogen bomb’s creation deeply worried him, as it did many other prominent scientists of the time. He spent the rest of his life committed to the fight for nuclear disarmament and was one of the founders of the ‘Campaign for Nuclear Disarmament’ in 1958.

Russell wrote several pieces on his fears for mankind’s future without nuclear disarmament, however arguably his most poignant piece of writing on the subject was the speech he gave on BBC Radio London on December  30th 1954 ‘Shall we Choose Death?’  In which he begged as “a member of the species man”,

“Is all this to end in trivial horror because so few are able to think of Man rather than of this or that group of men? Is our race so destitute of wisdom?”

Russell’s writing however was not limited to nuclear weapons or mathematics. He wrote numerous essay where he’d stress the beauty and worth of every field of knowledge.  In Praise of Be Idle and Useless Knowledge in particular discuss the ‘contemplative habits of the mind’ and how they are as humans, a necessity for coping with fears and the struggles of everyday life.

In other words, his work makes you stop and think about how truly beautiful it is to have access to knowledge and creative works.

Last week I went and saw the live action version of Beauty and the Beast. Now it’s a musical so there was only so much I was ever going to be able to enjoy it, BUT I did get one very important bit of life advice out of it.

I couldn’t believe that I’d never noticed it before but the story is essentially a Beast utilising his library to give himself a bit of sex appeal. Books are pretty brilliant like that, its just an easy kind of collection to sex up – I would love to see the Beast try the same tactic using a less enticing collection like stamps, or train sets.

In fact I have a confession, studying publishing and owning a shit ton of books has all been one big ruse to appear hotter – I actually hate books and can’t read you fools muh-hahahaha!!!!!

Anyway, on that note, I want to talk about the consequences of vanity, or even just being too pretty, that have come up in classic literature.

Remedios the Beauty (One Hundred Years of Solitude, 1967)

Up until this point I’ve really wanted to write something on One Hundred Years of Solitude, but I just love that book so much that every idea I’ve had for it just doesn’t seem like it’s going to do it justice.

As One Hundred Years of Solitude belongs to the magic realism genre, a lot of odd shit happens in it and often its hard to keep track because things are constantly happening and majority of the male characters have similar or even the same names.

The narrative is all tied to the history of the Buendía family and the isolated village of Macondo. Remedios the beauty is a minor character who belongs to the second generation of Buendías.

Her beauty has such a strong power over men that it leads to accidental deaths of those who are trying to watch her. She is angelic and lucid to the extreme however; she has no self-awareness and cannot take basic care of herself. Her brief appearance ends when suddenly without warning, she literally transcends up to the sky.

You all know this story. It’s just such an incredible metaphor – the idea of a physically seeing the moral character of your soul.

This was Oscar Wilde’s only novel, and it centres around pretty boy Dorian Gray. What happens is that when Dorian is an innocent, un-corrupted youth, he sits for portrait  painted by an artist, Basil Hallward, who is obsessed with his beauty.

After months of work Dorian finally sees the completed portrait – and its the first time it dawns on him that he’s really actually attractive. In that moment Dorian is bitter that he will have to grow old, and wishes that the portrait could take his place (the book’s very much like a late-Victorian era style Freaky Friday).

Dorian then later begins to notice that the portrait changes and becomes uglier the crueller he acts. He is blessed with eternal beauty but this horrible painting sits hidden in the attic revealing his true nature.

In the story of Echo and Narcissus, the beautiful youth Narcissus sees his own reflection as he’s getting water by a stream, and not realising that its just a reflection he falls madly in love with it – we’ve all been there right guys?

This is one of Edgar Allan Poe’s short stories. What happen is, for weeks an artist is so enthralled with his painting and obsessed with capturing the “rare beauty” of his wife, who is sitting for him, that he doesn’t notice that she has died during the portraits creation.