There are a few animal/show-business type questions that do occasionally cross my mind.

I wonder whether a consequence of literally every animal sport film, is that every single sport rule-book now includes a 30 page list of species that are barred from joining the team.

I naively wonder whether there is even the smallest possibility that Babe is still alive.

I wonder just how many kangaroo paw-sticks the sickos who made the show Skippy needed for the close-up handshake scenes.

And, much as I would rather not think about it, I do wonder whether Tarzan actually dated gorillas before Jane showed up.

Also what do you think was the ultimate objective the bird’s had when they took over in The Birds? Were they just sick of our shit? Could the humans have thrown a truckload of hot chips to appease them?

So on that note, let’s talk about a few classic animal narratives within literature, and the unanswered questions they too have left me with. 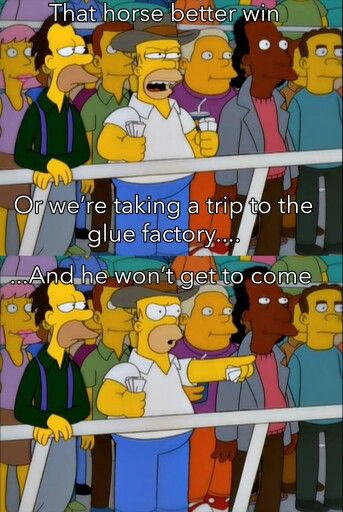 This is one of those books where it is quite obvious why people are made to read it in school – the Stalinist parallels are about as subtle as a brick to the face.

Also given how much I relate to Mollie the horse – who is swayed to go back to a regular farm because she misses sugar-cubes – it’s probably definitely a sign that I’m really not a team player.

Anyway I’m sure you’re all probably loosely familiar with this allegory of the farm animal’s failed attempt at a utopia where all animals are equal.

The animals choose to  overthrow their oppressive captor, Mr Jones, following the vision of Old Major – a respected elderly prize pig – for a future where all animals are free from humans.

Personally though, the one detail which I really don’t think get’s the attention it deserves is just how nonchalant all the humans in this book seem to be about how bloody fast the animals in this book can organize group projects and teach themselves to read.

Mr Jones spends a good deal of the book sitting around the pub having a moan, like this kind of thing is somehow not that absurd. And I kept thinking when the other surrounding farmers pull down the windmill that the animals have been building for two years, wouldn’t you just be impressed that the animals built something? Why hasn’t the press visited?

This book raises another question I’ve long had – how come Wilbur’s the one who gets famous instead of the spider who can write in English for some reason?

Watership Down is surprising. Initially you assume that you’re not going to get that emotionally invested in the lives of some fictional rabbits – you’re not a child and the film Marley and Me failed to move you because you’re a cold hearted monster. But then you massively do, to the point where you’re not sure you’ll be ok if Fiver doesn’t survive.

It’s just such a beautifully dark story, the main rabbits are just such a noble little squad who’ve got each other’s backs – and fuck being a rabbit would be pretty grim, even if all the characters have really adorable names like Strawberry and Thistle.

To roughly sum up, a small group of rabbits flee their warren because Fiver has the capacity to sense when something bad is about to happen, and he has this vision of ‘blood across the warren’. It details the dangers the group face beyond the warren they’ve known their whole life, and – in the later half of novel – how establishing their own warren is reliant on challenging the leadership of a totalitarian-style warren.

Similar to The Tell-Tale Heart, where killing someone because their glass eye got to you sometimes seemed like an overreaction, The Black Cat‘s narrator is bitten one night by his wife’s cat, Pluto, and therefore decides to act rationally and gouge one of the poor cat’s eyes out with a penknife.

Following this shitty thing he’s done, every time the narrator looks at the cat – who’s now naturally terrified of him – he feels remorse, so he decides to be super rational again and murder the cat. Then big surprise he starts to feel even more ravaged by guilt, so he brings another cat home for his wife and see’s his being nice to the new cat as some kind of atonement.

Then, I shit you not, he get’s angry at this cat because it reminds the narrator still of Pluto, and in an attempt to kill the cat with an axe he accidentally kills his wife (it’s really hard to feel sorry for this guy).

Anyway to cut a long story short, he entombs his wife behind a brick-wall in the basement, and just when he thinks he’s gotten away with it the police hear a cat meowing behind the brick-wall and find Pluto alive standing on the head of his dead wife’s corpse. Pluto somehow came back to life to grass on him and it feels great that karma has weirdly been served.

2 thoughts on “Animals have Eerie Powers”

Photographs and artwork used as header images and blogposts from Ellen's private collection. Site logo designed by Racheal Mack.
%d bloggers like this: