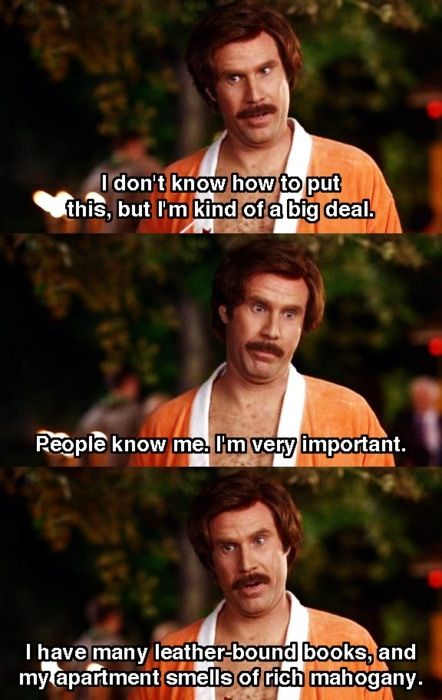 I finally got round to reading The Scarlet Letter a few weeks back; it sucked, but a big part of the disappointment was the knowledge that my copy has been sitting on my shelf since Easy A conned me into thinking it might be ok ten years ago; for a decade it’s been touching all my books that don’t suck and during that time there’s also a real possibility that at one point somebody’s looked at my bookshelf and thought that I was a fan.

And yes maybe I’m insane/overthinking it but I personally love having a gander at other people’s bookshelves and getting an impression of what they’re into. I love going to a friend’s home for the first time and seeing which titles they loved enough to keep.

I love that feeling of spotting books on somebody else’s shelf that I’ve also read and realising that we both have another little thing in common.

There’s a David Hume theory that the features of an object are all that exist: there is no object only the features which form to create it. And if you think about seeing a collection of somebody’s books, that they’ve read or are maybe yet to read, has an intimacy to it as you’re seeing little pieces of what makes them who they are. Not to mention seeing how they’ve organised their books (if you’re not putting all you’re penguin classics in the same place you are a stone cold maniac!).

Then there’s William Faulkner who once said that, “a book is a souvenir of a journey, a handhold for the mind”, and I like that too because even though a bookshelf can be proudly on display, when you look at your own, you’re the only one who’ll know where you got each book from and where you were in your life when you read certain books.

My Dad has a large accumulation of books (mainly Ian Rankin, war history and Darwin Awards) and I remember being very impressed when I asked how many of his books he’d actually read and he responded all of them. At best I’ve read 75% of the books I own, but I love the idea of one day being able to look at my bookshelf and know that I’ve read everything on it.

Getting round to eventually finishing everything [or in some cases quitting after 20 pages and judging past me’s purchase decision] is the only way of having certainty that my beautiful collection is not unwittingly harbouring a few shitters in there. But I’m determined, and being in isolation has certainly helped the cause.

Photographs and artwork used as header images and blogposts from Ellen's private collection. Site logo designed by Racheal Mack.
%d bloggers like this: